You know that cook-book that came with your microwave oven when you first brought it home from the store? Yes, the one which has some recipes that seem impossible to prepare using the microwave oven? Well there’s a lot more to it than what you might think. With the right dedication to getting the full measure of the functionality of your microwave, you can indeed prepare some quick meals which nobody could ever guess you used the microwave oven to prepare.

With the right kind of effort and dedication to learning the various functions of your microwave oven, you can prepare just about any dish, even something like a roast dinner or a rice dish with veggies and the works. You can even bake potatoes or even bake a whole cake, but it’s not as simple as using the functions in the manner which they’re described in the microwave oven’s instruction manual.

Those instructions are actually just there to serve as guidelines and quite frankly they never seem to work out right. What you’ll need to do is a bit of experimentation, but not the kind of experimentation which will result in food spoilage and wastage. If you want to learn how to cook rice using the microwave oven for example, you would have your backup option on standby, which is simply to transfer the rice to a regular pot and then boil it like you’d normally prepare it.

Otherwise you might have to contend with not quite knowing whether the rice cooking in the microwave is still raw or if it’s been overcooked and has dried up.

So while we’re on the topic of rice as a dish you can prepare using the microwave, it’s as simple as combining a cup of long-grain white rice with two cups of water and half a teaspoon of salt in a microwave-safe baking dish. Do not cover. Proceed to microwave at your oven’s equivalent of power level 10 until the grains are tender and all the liquid has evaporated, some of which will be absorbed by the rice. This should take between 15 to 18 minutes, but again it all depends on getting your microwave settings just right. 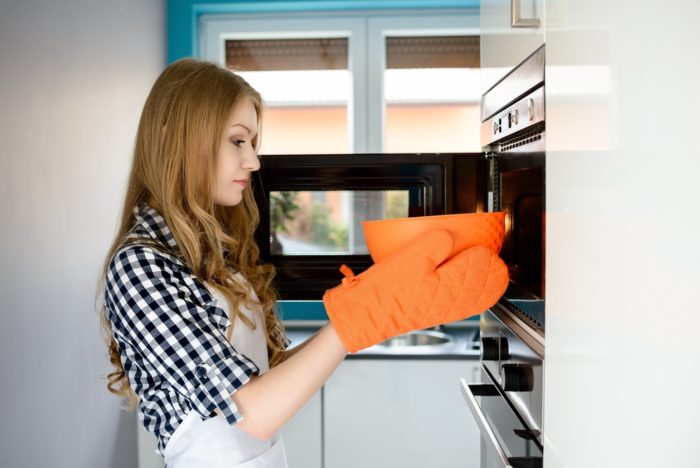 Pretty much the same applies to the other ingredients you’ll be adding to your rice dish and to the other dishes you prepare. Ordinarily, each food type cooks a bit differently, like pumpkin which would have very little to no water added to it if cooked in the microwave and each food type also cooks over its own time, but once you’ve figured out how you can pair certain food types together (in terms of their cooking time), you can make use of disposable, microwave-safe plastic food containers to cook those foods simultaneously in separate containing wells. That way serving becomes that much easier and also it saves you the trouble of having to do the dishes afterwards.

When I’m short on time I do use the microwave to prepare quite a few good dishes, but it’s never as directed in the manual. I don’t use the “baked potato” function to prepare baked potatoes for instance, rather using the grill function since it retains a good amount of the moisture in the potatoes. Other dishes I’ve prepared using only the microwave oven include the likes of grilled/baked salmon, fried scallops (yes you can fry stuff in the microwave) and even roast beef with all the sides to go with it!